Cattle futures could soar from here

This newsletter was emailed to DeCarley clients on October 8th 2015

Not everybody speculates directly in the cattle futures market, but the price of cattle can, and does, have a dramatic impact on our lives as well as many of the other markets we might trade or invest in. For example, higher demand for beef across the economy typically depicts healthy consumers. Accordingly, there is a high correlation between the price of cattle and the stock market. To illustrate, based on the previous 180 trading days of data (roughly 9 months) the S&P 500 futures contract and the live cattle futures contract have settled in the same direction approximately 75% of the time.

Any commodity trader will tell you, there is no easy money in the livestock futures market. The liquidity is far less than the more popular commodities such as gold and silver; as a result the price swings can be inexplicable and sudden. Nevertheless, sometimes the same lack of liquidity that creates an added obstacle to speculators, is exactly what creates opportunities for those with bold temperament. The most recent route in live cattle prices appears to be such an opportunity.

Throughout my decade (plus) career as a commodity broker, I’ve seen several sharp spills in cattle prices. Some of the most impressive have been on the heels of a mad cow scare. Nevertheless, this is the first decline I’ve seen to this magnitude in the absence of a strong fundamental cause of panic. Perhaps it can partly be explained by the Chicago Mercantile Exchange’s decision to shut the open outcry pits down (cattle futures were one of the few trading pits that still saw a substantial amount of volume). Some are also suggesting that the new limited trading hours in the cattle futures products that could be adding to volatility. Prior to this year, livestock futures traded nearly 24 hours (similar to most futures products). However, the CME opted to close trading in livestock futures each afternoon, not to be resumed until the following morning. In other words, there is no overnight trading session in this particular commodity. In my opinion, the lack of means to manage trades overnight while all other asset classes are moving breeds panic and, therefore, volatility.

Regardless of the root fundamental or logistical cause behind the cattle slide, the reality is that the result was a complete liquidation of speculative bullish plays by the market’s largest participants. Specifically, the Commodity Trading Commission’s Commitments of Traders Report (COT) confirms that, since June 15th, the group of traders identified as large speculators liquidated all of their nearly 100,000 net long futures contracts. 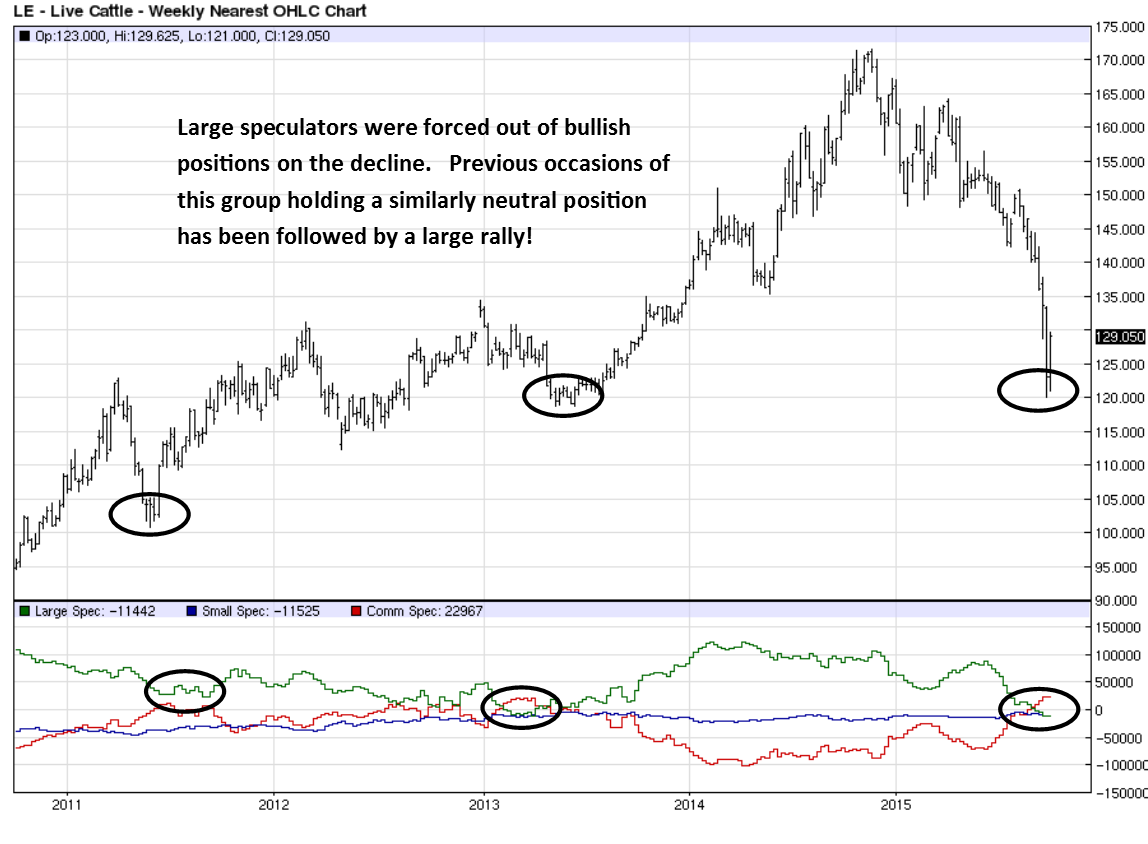 This group is categorized as large because they have met the regulator’s reportable limits; in short this means they are trading large enough size to have fallen on the radar of the CFTC. When this group liquidates a large position, the market moves substantially. Conversely, once they’ve liquidated their holdings, the price in the futures market often rebounds sharply simply because the motivates sellers are already out, speculative bargain hunters begin entering the market, and large speculators likely scramble to put bullish trades back on. In essence, margin calls or despair forced them out of their holdings on the way down, but many of them will put money back to work as prices move their way higher, all the while they are pushing market prices around. 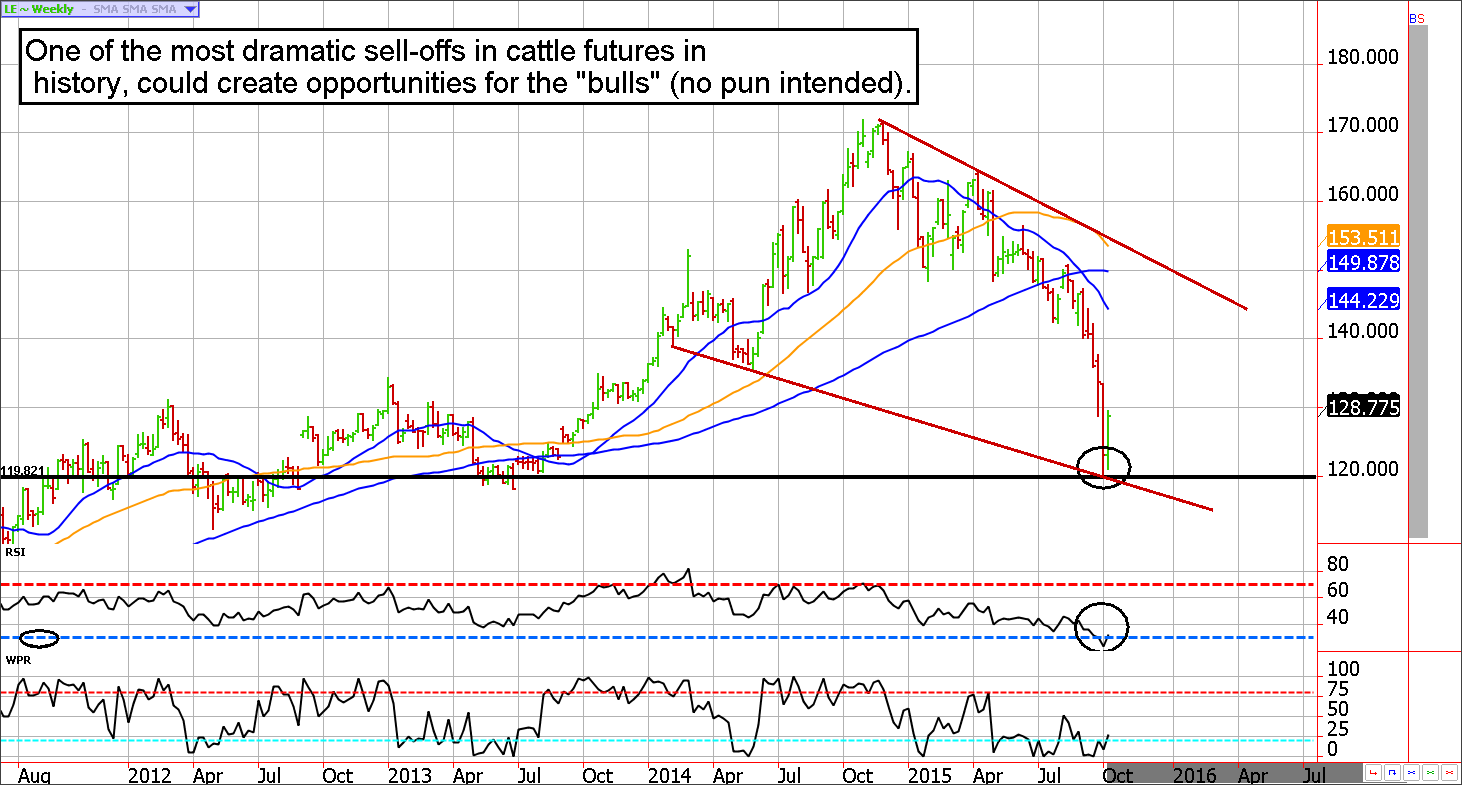 Miraculously, most bullish speculators were squeezed out of their cattle positions near a trend-line that dates back to late 2014. Additionally, following the decline a weekly chart of cattle displayed the lowest RSI (Relative Strength Index) since 2006! When RSI drops to 20, it is rare to see the bear move continue. Simply put, as ugly as this sell-off has been it will likely create plenty of opportunity for livestock bulls going forward (no pun intended).