This was emailed to our futures brokerage clients on September 30th, 2016

The Federal Reserve has made it relatively clear that they intend to raise interest rates in the December meeting. Also, there were three dissenting members in the last meeting which is a rare occurrence and generally points toward a committee inching toward taking action.

We've noticed the market isn't necessarily "buying" what the Fed is selling but we believe they will do exactly what they did in 2015; sneak in a holiday rate hike in an attempt to move toward normalization. 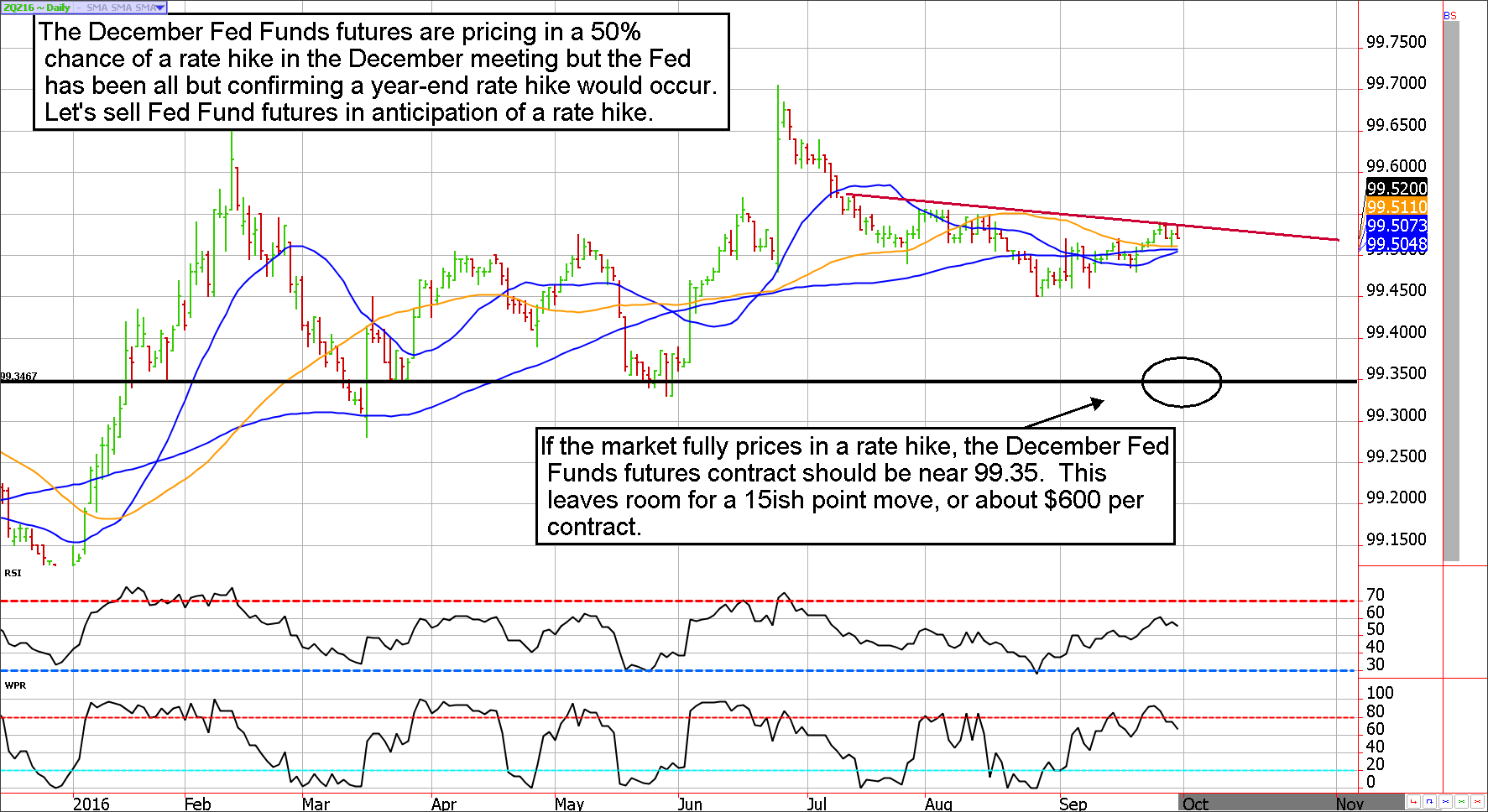 Accordingly, we like the idea of selling the December Fed Funds futures contracts near 99.52. The margin on this trade is low at $759 and we believe the upside is limited. Nevertheless, if something highly extraordinary happens we could test the Brexit highs, which would incur a loss of about $800. That said, if the Fed does raise rates, or if next week's plethora of Fed speeches points toward a rate hike, the December Fed Funds futures contract should make its way toward 95.35; if seen this would be a profit of roughly $600 depending on entry and exit price.

This is a relatively slow moving trade. It won't be exciting, but we like the odds.