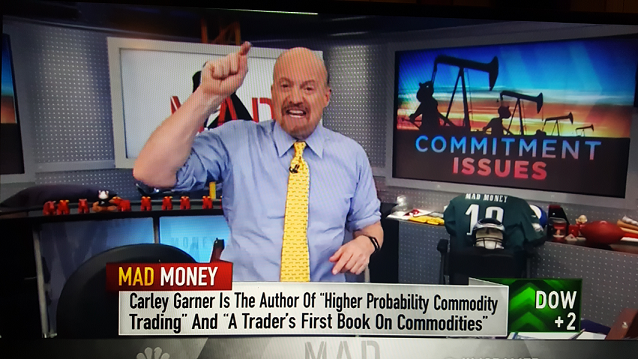 "That is what is driving the massive liquidation we are currently seeing. The speculators must have believed that OPEC would starve the market and we would stop producing at levels that weren't economic for most of our exploration and production companies," Jim Cramer.

In late January, Carley Garner, a futures broker with DeCarley Trading, provided market analysis to Jim Cramer's Mad Money to present the premise of a market in which speculators had grown unreasonably bullish.  Although it took much longer for crude oil speculators to liquidate their holdings than originally anticipated, that is exactly what many of them did this week sending oil prices reeling.  Jim Cramer revisited the Commitments of Traders Report with Garner on the March 9th show.